There is no doubt that when the custom motorcycle scene started to grow from a few back street, garage builders and cult magazines over the last couple of years, some saw the interest from larger brands and companies in the Modern Custom or Modern Classic scene and their apparent appropriation of it, with some cynicism. 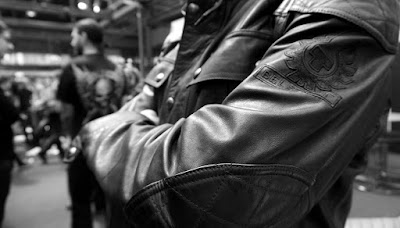 Was the "scene going to be spoilt" by big business commodifying, what is essentially a movement driven by passion, the craft and care of a few committed individuals.

If the latest BSMC ( Bike Shed Motorcycle Club) Bike Shed Show at Tobacco Dock London is anything to go by, then the investment by the bigger companies has only served to strengthen the movement. 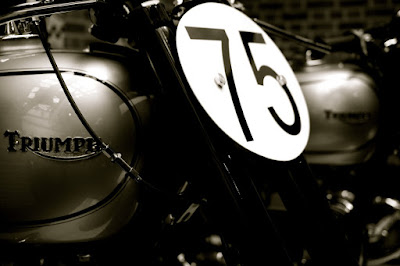 How then when a scene grows can it retain its credibility, when rapid expansion so often heralds the death of a trend. Punk, it is said was killed almost as soon as it plugged itself into Top of the Pops and became mainstream, but the New Custom movement seems to grow from strength to strength despite or because of the interest from the bigger boys.

To survive in a trend or movement it all comes down to credibility. In the New Custom movement which sees its roots based firmly in the British Cafe Racer Scene of the 1950 and 60's, heritage counts for more than niche trendiness.

Belstaff founded in 1924, has this credibility in spades. from its earliest inception, Belstaff and Biking became synonymous with British racing and motorcycle adventuring. It could be argued that only Triumph and Norton, albeit with some timeline breaks, have a similar thread which can be traced back to the very beginnings of the sport of motorcycling. Paying homage to the Brooklands Race Circuit which opened in 1907,  the Brooklands Blouson from the Belstaff Pure Motorcycle collection is a very beautiful, fully armoured (with D3O) solid and stylish riding Jacket in this vein.

This credibility must also be matched by two other distinct features,
1) is it fit for purpose ?
2) is it made with craft, love and a design esthetic which displays that essential but intangible quality style. ?

Dragging in style/fashion icons and using them as lovely but costly clothes pegs, especially when working within a code that is so fiercely tribal, can also be a major faux pas, instantly destroying a brand's links with the core. But to his credit David Beckham beautifully straddles both worlds, that of motorcycling, and he is a true enthusiast and that of a major trend setter and fashion icon. His connection with Belstaff can only be seen as something positive and complimentary. 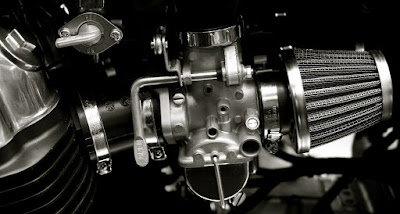 There is no doubt as more and more companies seek to cash in, or be associated with the movement a few key brands will retain their credibility whilst growing with the scene as it develops. Belstaff and Triumph are showing how it should be done. Invest in quality, produce beautiful products, innovate within the spirit of their original connections to the sport(s) and excite by making clothes and bikes that scream, use me. 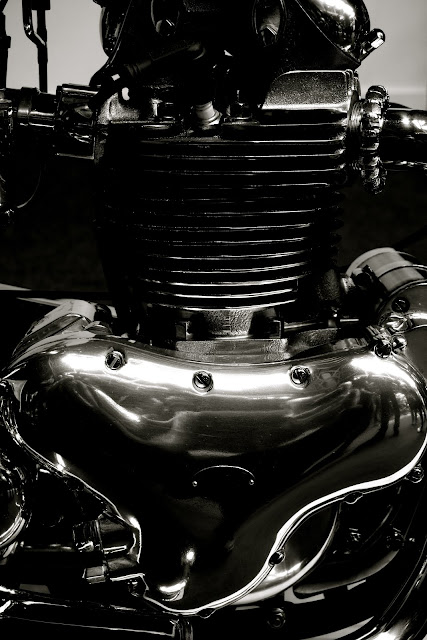 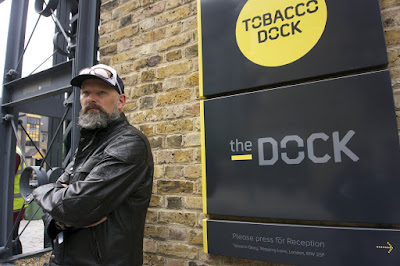