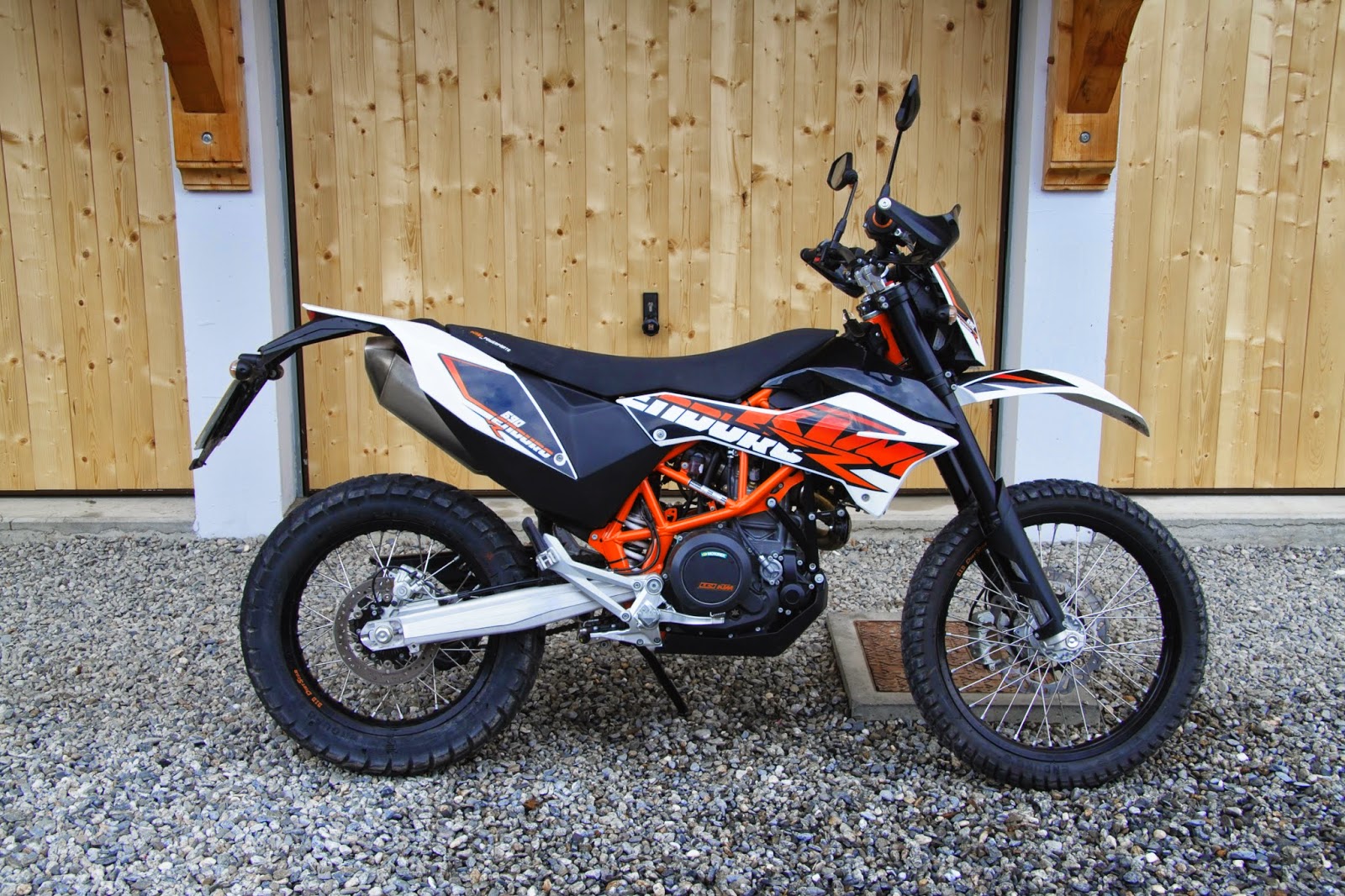 This has been a long time coming. Actually about as long as an Elephants gestation, 22 months. Finally the bike has arrived. Bought from Laguna KTM in Maidstone Kent, and delivered to the Alps by Andy Hillman's van service, it dropped onto the gravel with 12km on the clock. I actually had not seen the 2014 model before I bought it but it does not disappoint.  Buying a new bike is a big commitment to say the least, buying a new model which has seen some signifiant changes adds to the risk and excitement.
The changes to the 2014 model include
Cosmetically there are a couple of things I don,t like, the antenna like wing mirrors, the plastic bash plate and the huge number plate.
I bought the bike with the Ergo seat and as soon as I sat on the bike I doubted the claim it is softer for longer trips. But as the dealer had omitted to send the standard seat which I also bought its hard to compare.
For the next 1000km, before is first service I have to keep the revs below 6000rpm.
I can't wait to get it dirty... 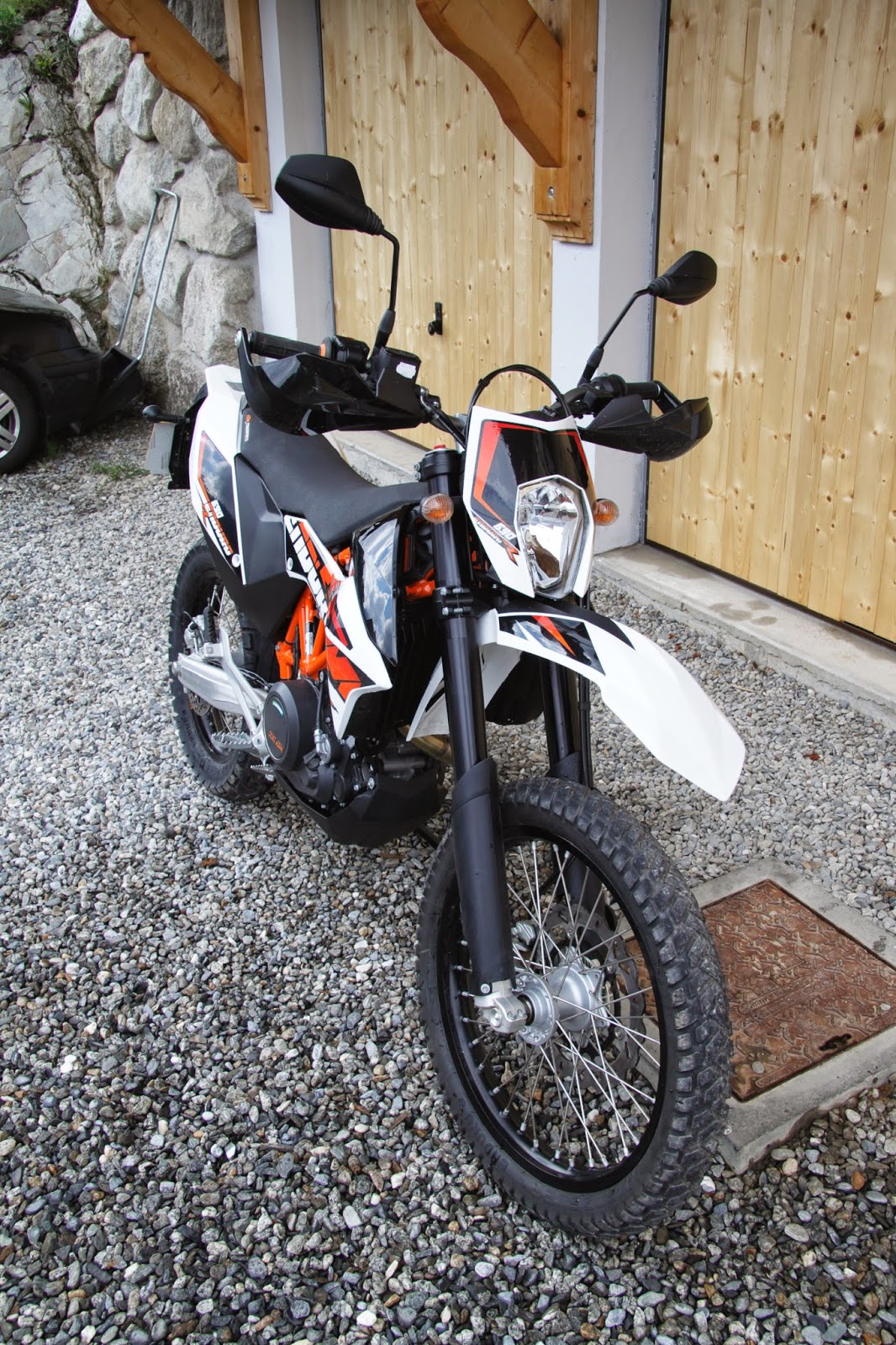 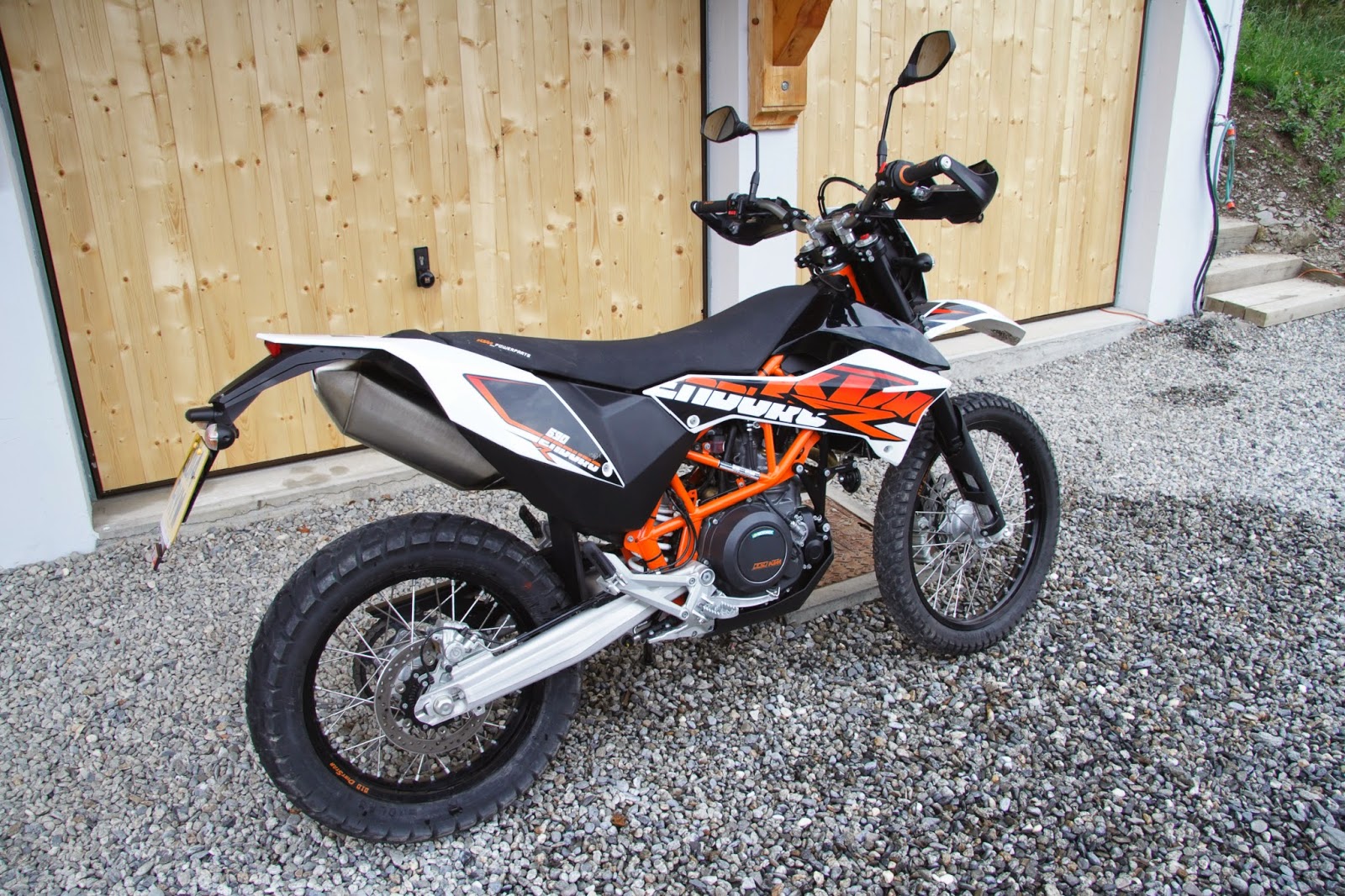 Posted by Duncan McCallum at 08:07