Before meeting Patsy I have to admit feeling slightly wary, she is a woman whose forthrightness and opinions are formed from much experience, and I was a mere journalistic upstart. A brilliant rider and having to spend her time dealing with Richard (Bro inLaw) and I two middle aged would be adventurers may not have been her idea of fun. However I could not have been more mistaken or surprised. A straighter more likeable  character would be hard to find. After a cup of tea sitting in a field at her training venue and a quick once over on the bikes we were off.

"You know any idiot can ride a bike fast" she said "but when its tight and narrow thats a different matter".  We spent most of the morning on narrow single track trails that would have been a challenge on a good mountain bike, standing on some sections and sitting Enduro style through others.

Steep descents, off camber trails, mini clutch control circuits with a few zips around the Enduro Hare and Hounds trail to let the bikes cool-off. For me most of the technical stuff was actually surprisingly ok but where I did suffer was not looking far enough ahead and and therefore not setting up the ride well enough for some of the tighter corners. Its really the same for any sport, snowboarding in trees, Down Hill riding and climbing for that matter, all require forward vision and anticipation. Once we got used to the bikes this did come.

The bike was revelation, bigger and heavier than the 250 exc Patsy was riding, it still was mighty capable. It was like riding a big down hill mountain bike in comparison to the lumbering GS and the top heavy Tenere'.  I had never ridden a bike where you could move around so easily and get you weight so far forward on the bends and loose corners. A bit of Motocross skill would have been a help but by the end of the session we were both letting the back end slide out a bit and cornering foot out and pushing through the outside pegs. Sliding the bike around a dirt hairpin using the back brake, did however elude me. I was more concerned that if I messed up, Patsy who stood at the breaking point, was in maybe more danger then maybe she realised, and hospitalising a biking icon may not have looked like such a good move.

Suitably pumped in the forearms and after having been given the chance to stretch the 690,s legs all to soon the day was over.

Convinced the 690 was more capable, I and knowing that a return visit to learn more from Patsy was required, we left with MX shirts proudly tucked away in our arms. 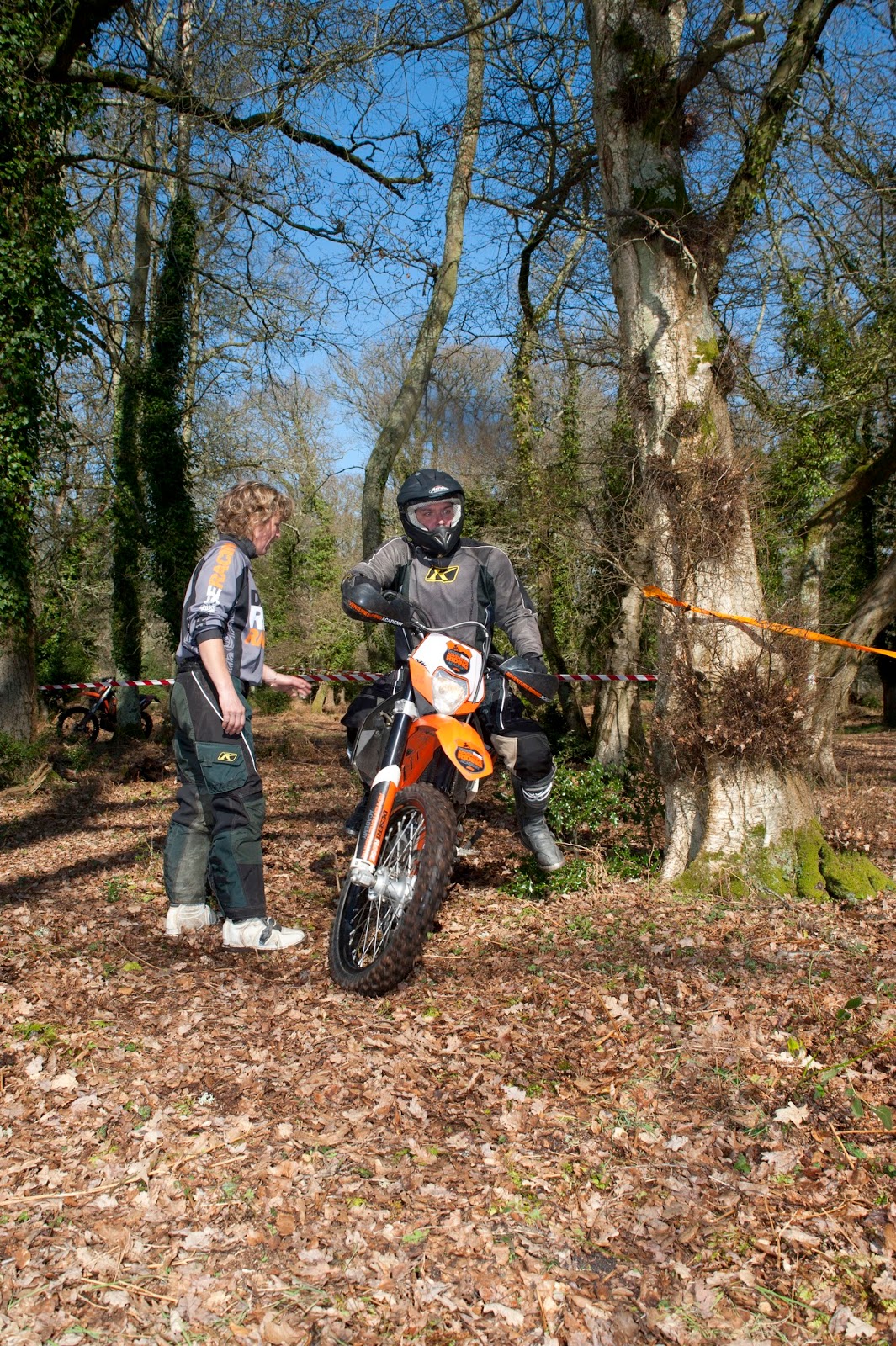 Posted by Duncan McCallum at 07:05