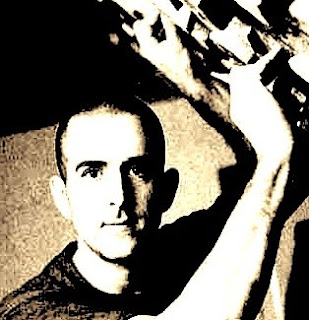 Passing of a Generation

It’s a beautiful day in Dunkeld. The rock is dry. I feel buff. It’s one of those rare shirt off six-pack (in those days) sunny rock days. Here in this little world, at “upper cave crag” today, I am king. No one at the crag is climbing as well as I am. I am lapping a hard rock route that most people can’t even get off the ground on, for training. The rope spins 25m up to the top of the cliff through a single carabiner. 10mm of steel between me and the ground, but I have no fear. I know this place, I know the gear, and I know people are watching. It’s all good.

It’s hard not to feel egotistical about this, impressed by myself, but I am conscious of trying not to let this show; too much. After all, I have put in a lot of work to get this good, it’s fun and it’s a nice day in a special place. Rab (Anderson) and I are having fun quipping with each other trying to outdo each other on the route and on the ground. This is a mix of ego and physical training. I think there is some sort of essential need to train self belief when you take part in a difficult potentially dangerous sport. It’s important to believe, too convince and then to “know” that you are invincible. It’s a game really and we do know it deep down, but confidence is sometime quite superficial. And today we are being knowingly superficial and it’s fun.

The world of elite Scottish climbing is small and whether you are king of the cliff, your climbing wall, or the country, one day the king will see the future. Lion Kings eat the young of the competitors that may grow up to threaten them. Climbers have no such luxury. There are routes, which mark stages of development or nerve, and often those barking or snapping too closely at the heels of the old pretenders are pointed at these routes. Sometimes this was malicious sometimes even dangerous (that’s another story), a slap in the face to keep the old order intact. Sandbagging it’s called; it is a fearful unpleasant aspect of a sport that claims virtuous intentions and higher morals.

Today shambling up to the cliff is a young 16-year-old kid with dread locks and shabby skate shoes. I know the name, heard the rumours, but this is my first view and encounter. You could tell by looking at his fingers that he could be strong. They are thickened at the knuckles and flat at the tips. An affect only gained by a lot of climbing. The routes in Dunkeld at the time were amongst the hardest and finest of their type and are still a real test of ones ability, if hard sport climbing is the goal.

The kid dumped his pack on the ground. Trying not to be too interested I sit down to watch the performance. A friendly but aware conversation strikes up. Helpfully, we help the youth work out some of the movements and sequences you are required know if you are to successfully climb the route. He grabs the first hold and steps off the ground. In a position that I really struggle to stay on, he stops. He takes one hand off the rock to put on hand-drying chalk. This is not for show, but a genuine unconscious move. How long can I keep up the pretence?

Up the overhanging route the kids climbs, slowly, in control, looking for each small foothold and finger placement. It’s impressive; no it’s amazing. In all sports there are small incremental progressions. Then occasionally there are Hussain Bolt like, leaps forward. Before my very eyes I am witnessing one such shift. I am looking at the future. This is not an attainable change of gear for me; this is not something I can achieve with work. This is seismic. The question is now how to respond.

I hope, in balance, I responded with graciousness, if not apologies. It is hard to face mortality sometimes. This kid was Malcolm Smith who has turned out to be one of the finest climbers in the world and one of the humblest climbers on the planet. Actions speak louder than words. God I am a slow learner.

Posted by Duncan McCallum at 09:21