19. The retreat from a Nanatuk 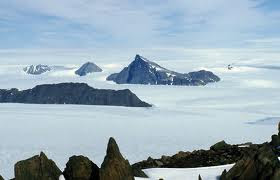 19. The retreat from a Nanatuk

One and half hours flight north of Tromso the turboprop aircraft punches through the cloud cover to reveal a fabulous sight, A group of dark islands, with huge glaciers running into the sea. The fjords are chocked with icebergs caused by glacial seracs crashing away from the ice mass into the cold north Atlantic Ocean. Longyearbern is the Norwegian capital of the Spitzbergen archipelago, a group of ice covered coal rich islands well within the Artic Circle.

I love the arctic regions; the cold harshness has a fascinating beauty. Unforgiving and barren for the most part, however in the summer time, teaming with a short blast of procreative life. I am here filming some wildlife footage for the BBC and a small British Schools expedition.

Having spent much of my life in snow, in tents and in wild places I was lucky enough to find a nice niche whilst working in the film business. I found my self on many trips and expeditions not only performing my camera assistant duties but also trying to keep camera crews safe. I was handed the Lee Enfield 303 and two rounds of ammunition. Only two? I quizzed, yep the marine replied, “if don’t drop the polar bear with one shot, you wont have enough time to get a second shot off, then you are just a walking seal to them, and it will be pissed-off”.

After the majority of the film duties had been completed Brian the cameraman, the sound recordist and I decide to forge deeper into the inland. The rib dropped us off at the glacier snout away from the mini tidal waves being caused by the falling ice. In a few moments we had walked up the moraine to the clean glacier ice. I roped everyone up and fixed on all of our crampons. We trek up the ice threading our way between the deep crevasses that split the glacier surface. Our target is a Nunutak or ice surrounded peak, a couple of miles up the glacier. As we walk on it becomes slowly clear that our sound recordist is getting spooked by the creaking of the ice and the deep holes in the ice surface. Hill walking in the Lake District has been his limit before this little jaunt.

As we move on, the snow starts to fall wet and claggy. It begins to foul-up the undersides of Barry’s crampons. This turns them onto roller skates, further unsettling the situation. His unease is beginning to worry me to. He is a big unit and if he slips at the edge of a crevasse whilst trying to jump it, he may pull us all in. I pull the plug on the jaunt. Just in time, the summer Artic snow is covering our tracks and the solid snow bridges. The ice path down is quickly becoming obscured. As we decent the snow turns to sleet then rain. How quickly a simple walk can turn. Although I think sometimes I am inclined to turn back too early. On balance today, despite the pressure to get the shot, I feel happy with the decision.

For me there are few things more wonderful than introducing people to the mountains. But it has to be done gently and in a way that they learn to love it. Pushing people so they become scared and fearful of an outdoor activity, or using outdoor activities to break people and then how tell them this, somehow this is a valuable life or team-building experience is unforgivable. In our modern world there are so few opportunities given to people to play in the outdoors, they should be golden opportunities. If they are not, you are robbing them of the gift of exploring in nature.

Posted by Duncan McCallum at 12:50