Skinning up in Lebanon -First Published 2006 Scotland on Sunday 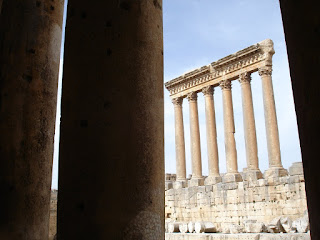 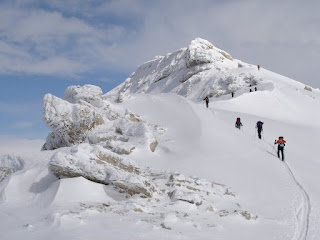 Skinning up in Lebanon. By Duncan McCallum

The quiet scheduled flight from Geneva had dulled our senses, but emerging into the damp and cold Beirut evening, we were soon assaulted by the mad rush of apparently uncontrolled Beirut homebound traffic. This titanic rush-hour struggle of wits and nerve was compounded by the complete lack of traffic lights, rights of way rules, street lighting and etiquette. The winners drove with no fear for mortality or material damage. Their cars bear witness to many years of struggle on the street of Beirut.

Thus the pecking order on the roads of Lebanon is established. There are those with no fear, protected by the divine, inshallah, and the menacing ones with blacked out windows. Encountering either could lead to the road of eternal peace.

For those over 30 years of age, Lebanon and Beirut in particular are potent symbols of the ideological struggles between the liberal rich Christian west and the (perception of) embattled Islamic Middle East.

The resonance of these cataclysmic struggles that once ripped out the heart of the formerly beautiful east Mediterranean playground of Beirut now spiral out of control through the rest of the region, leaving Lebanon to a growing number of independently minded travellers attracted by the undeniable appeal of Lebanon.

The majority of the tourism confines itself to the undeniably modern and cosmopolitan centre of Beirut and world heritage sites such as the temples of Baalbek.

So to be invited to join of 10 of the worlds best telemark skiers and mountain guides to ski-tour in the Lebanese highlands, was a welcome chance to travel well off the “Rough Guide” path.

So it was; in early February when the European ski resorts have been struggling for a few meagre centimetres of snow the mountains of Lebanon were groaning under 4 meters of fresh snow.

The road out of the city to the countries premier ski resort, Faraya, is as steep as it is nerve racking, climbing from sea level to 1900m in less than 40km through the suburbs of Beirut. It is obvious that serious money is being made here. Modern SUV’s power up the snow lined road beside us to weekend mountain chalets and second-houses that splatter the hillside.

We arrive in Faraya to be heralded into a “Carlos’s” mountain bunkhouse whose restaurant specialises in the incongruous mountain specialities of Raclet and Fondue. The whole affair resembles a 70’s European mountain town.

The next morning events are conspiring against us, every road in the hinterland is blocked, telephone lines are out and the old VW transporter van which is supposed to transport us to the start of the trek is under 6 feet of fresh snow and going no where.

Time to kick back and go with the flow. This is hardly a hardship. After a 20 min walk up through the “resort” village we arrive at the base of the ski lift system. Acres of lift accessed untracked knee deep powder await us. Faraya, the biggest resort in the country is small by European standards and the lift system, although it boasts new high-speed triple chairs. Comparing it to an alpine mountain is a non-starter but the area stands up nicely to North American resorts such as Keystone or A-basin. The snow today is world class and we have the run of the hill, running “freshies” under the lifts until beer time arrives.

With the perfectly good lifts heading up the mountain to the south, our caravan heads north towards the cave of Magharet Afqua. The Romans believed that this was the place were the legend of Aphrodite and Adonis took place. Wounded, Adonis went to this cave to die, and ever since the river runs blood red every spring (a red clay spring melt).

After a 3-1/2 hour climb we reach the summit ridge on which we lunch. A short 3km ski east leads to our target. No one has ever skied this slope below us and it is laden with fresh deep inviting powder. We cannot see over our chosen slope but the hill to our left has cliff bands all over the place.

Dropping out of site into a 50 degree couloir, Sarah Ferguson (the skiing one) drops out of sight, I follow. The slope is really steep, deep and totally committing, wow! The rush of excitement is tangible, steep deep and virgin snow. Powder washes over my head but I am aware that this is a serious place, moving quickly down the slope the couloir narrows. Behind me I feel I have released a small avalanche, it threatens to force me down farther than I want to go!

Sarah appears below me through the powder veil I am kicking up. It is obvious that 25m below her the slope disappears into a white void. I stop. She has stopped just above a blind roll-off, a small wrist sized tree she hugs provides an impression of protection.

We make our way out of this complex cliff band area; looking back it is clear we had stopped just above a 60foot cliff.

A quick mobile call sees us picked up by mini bus at the mouth of the Afqua cave. Our driver a Messianic Christian, is cheerful enough until a bout of motion sickness welling up in the bus forces us to stop in a village half way to the mountain resort of Laqlouq. The now uncomfortable driver dutifully stops and we all pile out of the bus to breath.

We soon discover he is not as worried about the vomit at all; he is however concerned at stopping in a village he identifies as a Hezbollah strong hold.

Our journey resumes incident free, our driver crosses himself as we leave the valley and pass a small Madonna shrine at the side of the road. Not far below the surface, old scars still exist.

Now we face a really big day, we are heading towards the legendary Cedars of Lebanon. These gracious trees once coved the Highlands of Lebanon as the Scots pine covered the Scottish Highlands. The Cedars were exploited over the centuries; firstly by The Phoenicians as early as 1200bc, then buy the Romans. Only a few tiny stands still survive.

17km and 2000m of ascent into the day we are all pretty tired. We are at 2600m and facing a decision, push on until dark at 6.30 and see if we can reach the Cedars or hunker down on the summit for the night. We decide to push on. The skiers all bugger off down the 300m descent, but I have a problem. My bindings are frozen solid and my short skis are fused to my snowboard boots.

I am left alone on the summit with only a short time before sunset. Desperate situations require radical solutions. There was only one thing for it. I had to urinate on the straps to warm them up to open them. Piss on one, stop, and hold on while you open the binding, then hopefully with enough bladder control do the same again. With relief I clipped into the board and shot off down the hill following the ski troop.

However at the end of every down there is an up. The skiers are now skinning up the other side of the valley, which involves me getting into the climbing skis again. The bindings now instantly freeze again (it was minus 10 degrees C). Thank god for good bladder control.

Night descends and we are still moving on the snow, waves of Scottish winter climbing nostalgia wash over me as we all hunker down into a star light rhythm of movement. At 7.30pm we stop.

A snow wind scoop provides the nighttime accommodation at 2500m over looking the Cedars. I like the challenge of snow-holing. It is a mixture of boyhood adventure, survival techniques and simple construction. Whilst some dug, others cooked.

The funny thing about a bivouac, is that it is always most comfortable just before you need to get up. You struggle all night to get comfortable dry and warm and just as you have to get up you find the best warmest position of the night.

The Cedars ski-bowl is huge, you could fit the legendary back bowels of Vail Colorado into this vast area ten times. 900m (3000ft) of unskied hill spreads out below us. We stand above lines of immense size and quality.

In the Ceders “La Cabana” hotel, Château Musar, one of the countries finest wines, is quaffed in great quantities by the team. The same red soil that produces the great Lebanese wines, just over the range from here used to produce tones of “Red Leb” Hashish.

The next day we ski directly into the main production area, the spiritual home of the Hezbollah, the Bekaah valley.

The mountains divide the country physically culturally and spiritually. Muslim and Christian communities do exists on both sides but whilst the western slopes seem somehow European, once the range is crossed you are defiantly into the Arab Middle East.

Our hosts arrive in a convoy of battered Toyota trucks to take us to the house they have given us for the night. We spend that night laughing, eating, sleeping under stashed 303 rifles and a tripod mounted machine gun. Travelling should be like this always. We were welcomed in with open arms and hearts; our hosts prepared beautiful food, cooked over charcoal open fires and all we offered was our company, laughter and appreciation.

Strapping our planks to our feet we climb to the highest point in Lebanon, Qurnat as Sawda, 10,128 ft. (3,087 m). It’s unimpressive, littered with shotgun cartridges and AK 47 and 9mm hand gun casings. It’s blowing a hooley. Backs to the chilling wind blowing from Damascus, we are blow north west towards Tripoli.

From the summit we ski 5km of perfect corn snow (coarse, granular snow) in the evening light. Building snow caves is like building sand castles; it is easy to get carried away. By the time I am finished, I have entrance steps, a veranda, side block walls, spindrift gutters and wind blocking sidewalls.

Sunrise looking towards Syria on the last mountain day is truly beautiful.

Travelling through the dusty city of Hermel yellow flags depict a raised arm holding an AK47. They adorn every telephone pole and streetlight. Black flags of mourning hang lifeless in the twilight. Giant pictures of the mullahs look down from every street corner.

In the evening air, haunting and beautiful calls to prayer blast out from trumpet speakers, each one competing with the other, for the heart and minds of the city

In Baalbek, the ancient seat of the Phoenician empire, and stronghold of the Romans, great ruined temples to Venus and the gods stand testament to the value that invading cultures have placed on Lebanon and its natural resources. These stone wonders are testament to human creativity, the worship of false gods, greed and power.

There are seeds of hope in Lebanon, people are struggling to create harmony and a society where people of differing beliefs can live, worship and live together. However outside influences are still trying to pull the people apart, however they should note the fate of the ancient builders. Like melting tracks in the snow, all great powers fade away eventually. What remains is the spirit of spring and rebirth, after a long lonely winter out in the cold.

Posted by Duncan McCallum at 11:26